These antibody-free human primary cells were isolated by enzymatic dissociation of normal human cerebral cortex tissue without the use of positive selection of antibodies.

Each vial of cells is shipped to customers with 1mL of Bac-Off® and .25mL of CultureBoost™. 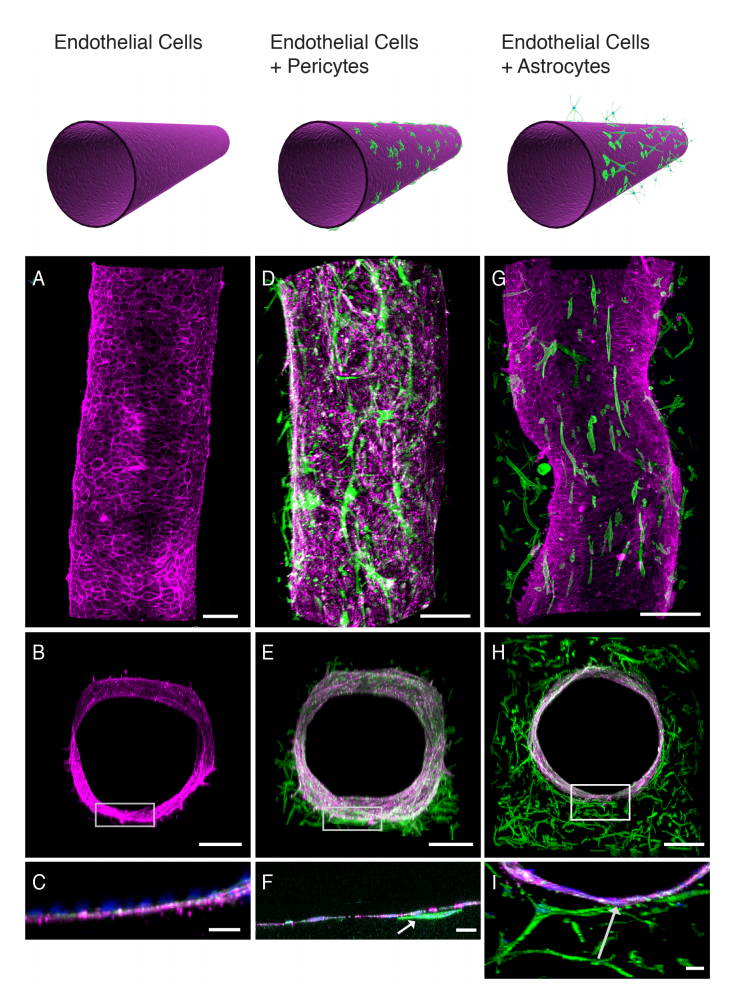 Schematic illustrations of the cells populating the 3D vessel structures for the three experimental set-ups are shown at the top, and fluorescence confocal micrographs of the engineered brain microvessel viewed from the top (A, D, G) or shown in cross-section at either low (B, E, H) or high (C, F, I) magnification (rectangles in lower magnifications images indicate respective areas shown at higher magnification below). The fluorescence micrographs show the cell distributions in 3D BBB chips containing brain microvascular endothelium alone (A-C), endothelium with prior plating of brain pericytes (ACBRI 498) on the surface of the gel in the central lumen (D-F) or endothelium with brain astrocytes embedded in the surrounding gel (G-I). High-magnification cross-sections are projections of confocal stacks (bars, 200 μm in A,B,D,E,G,H and 30 μm in C, F, I). Green indicates F-actin staining, blue represents Hoechst-stained nuclei, and magenta corresponds to VE-Cadherin staining, except for G where morphology and intensity masks were used to discriminate astrocytes (green) from endothelial cells (ACBRI 376) (magenta); original image can be seen in S2 Movie. Arrows indicate contact points between endothelium and pericytes (ACBRI 498) (F) or astrocytes (I). 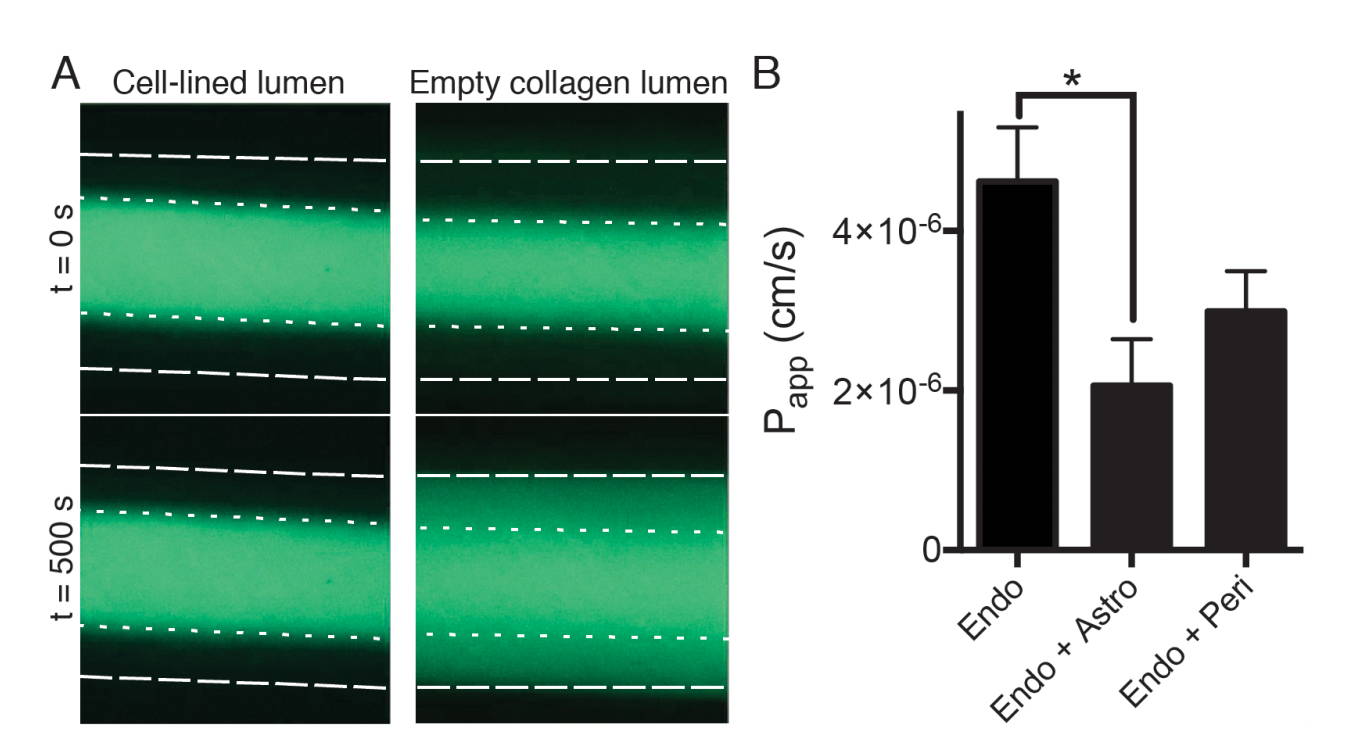 Fig 4. Establishment of a low permeability barrier by the engineered brain microvascular endothelium in the 3D BBB chip.

Online Special: Save $200 with the Purchase of Primary Cells. Automatic discount at checkout.

Sold out
Sold out